All classes focus on cardio vascular health as well as building character and self-confidence.

Thai Boxing uses fists, elbows, knees and shins for striking and is an excellent discipline for self-defense as well as conditioning. 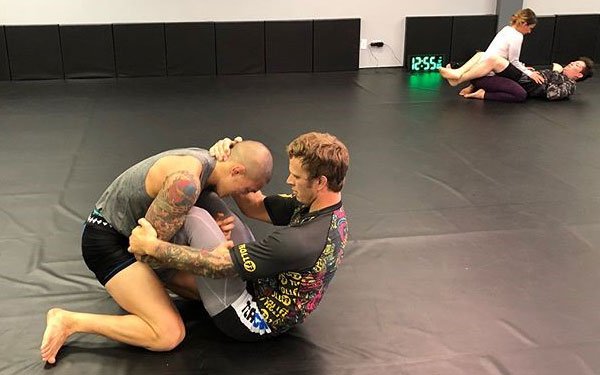 A women only (personalized) calisthenics/cardiovascular self-defense based workout with an overall health plan and strong emphasis on self-esteem.

"I OWE THIS MAN THE WORLD"

“I’ve learned not only techniques and skills that have furthered me in my career of becoming a professional fighter but he has taught me the meaning of Loyalty, Respect, discipline, sacrifice, dedication, and most of all what its like to have a great father figure…

…He turned me around from a hard headed tough guy to a calm, calculated, conditioned, composed athlete and warrior. I owe this man the world.”

Our goal and mission is, to create a gym with a family atmosphere that fulfills everyone’s combat sports and fitness needs. Meet our personal trainers below. 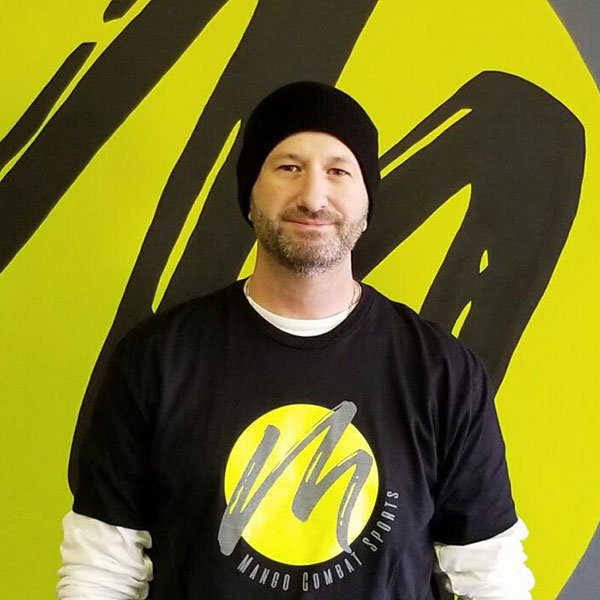 We strive to treat everyone with respect and the dedication they need to not only reach, but to surpass their every goal. 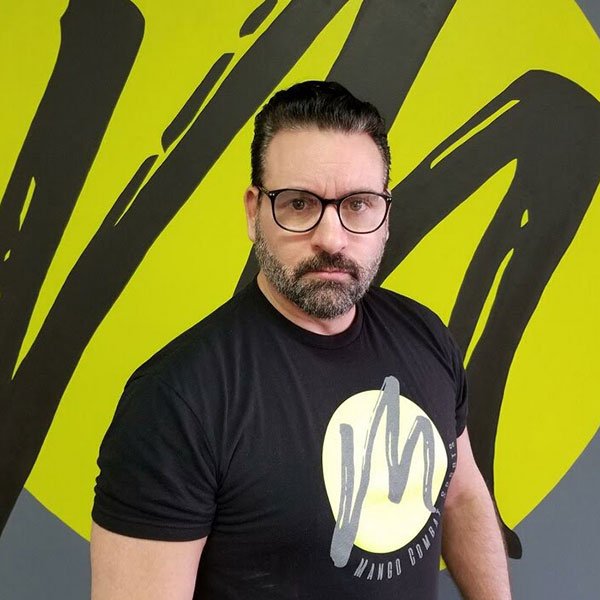 For over 30 years, one of the only coaches in the world to train fighters at the highest level in Boxing, Thai Boxing, and MMA. 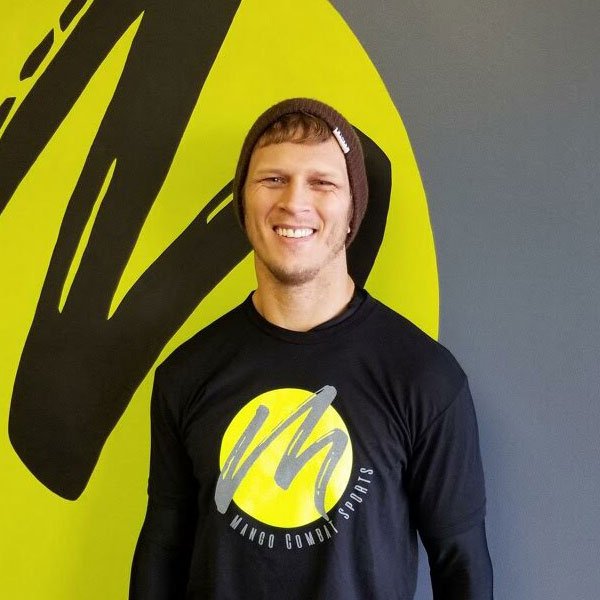 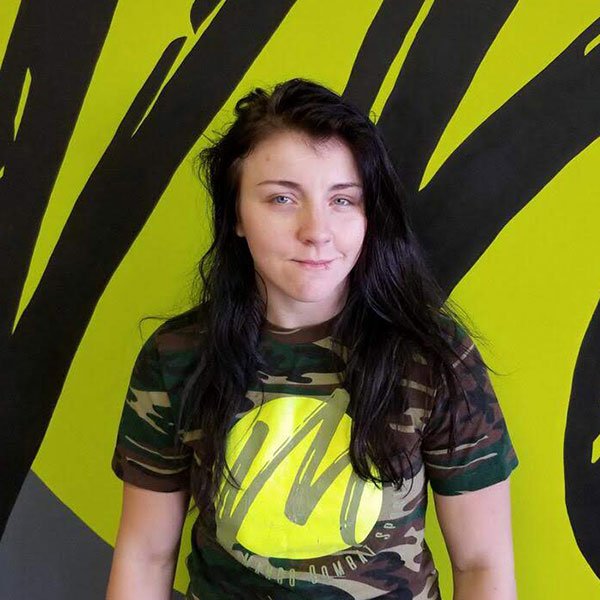 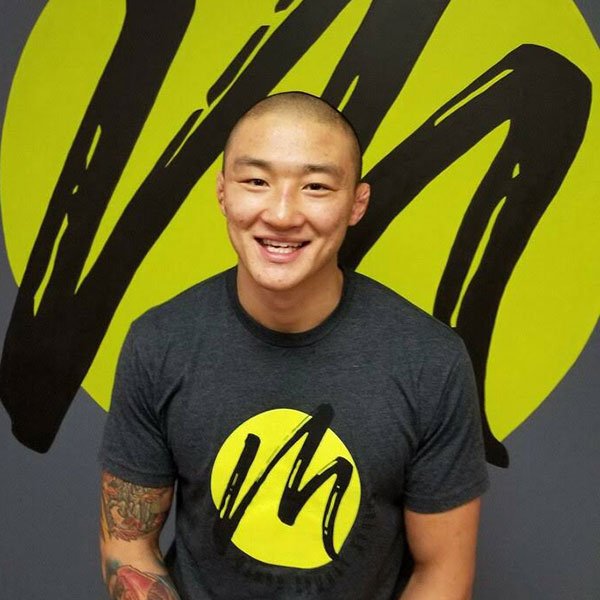 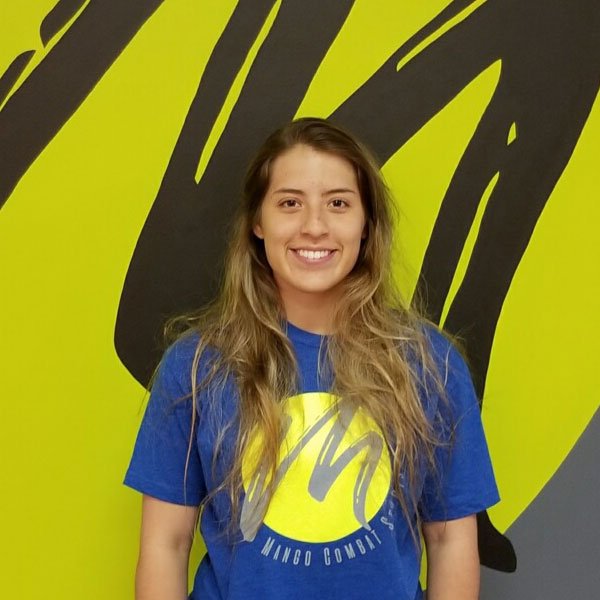 Stop in for Details

We make it very easy to get started. Simply stop by our gym to speak to a representative so you can choose your plan and fill out the paperwork. There are no signup or hidden fees and you can cancel at anytime in person or via phone.

SEND US A MESSAGE 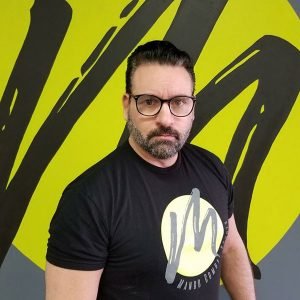 Coach Mango has been teaching combative sports for over 30 years. He is one of the only coaches in the world to train and teach fighters at the highest level. In Boxing, Thai Boxing, and Mixed Martial Arts. One of the ways Coach Mango has achieved this is through the study of body mechanics. He has a way of creating a style that fits the fighter, and not the fighter to a style. Coach Mango started his career off in Amateur Boxing. He then moved to California where he studied and taught Thai Boxing at San Jose Thai Boxing Academy. Shortly after, he became the head fight coach there. He trained a short time at Ralph Gracies Academy under David Camarillo and BJ Penn. After 11 years of training and teaching in Cali, he moved back to Illinois to be closer with his family. He then met and started teaching and coaching Jeff Curran. Jeff was gracious enough to let Coach Mango help him start and help run The world famous Curran Martial Arts and MMA and Boxing team. Coach Mango has opened a new facility with his business partner Brian Norris. Looking to create new champions under his tutelage. 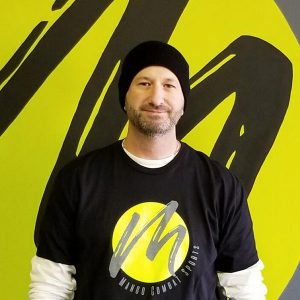 I was first introduced to boxing as a young child through the Chicago Park District. Unfortunately, time and distance made competing during my childhood impossible. After college, I began a career in law enforcement where I have had the incredible opportunity to serve in several facets of policing, including but not limited to homicide, human trafficking, sex related offenses and finally where I have spent the majority of my career in narcotics. During my time working in narcotics, I have had the opportunity to do under cover work, as well as, work with other task forces and ultimately becoming a federal task force officer (TFO) myself with the Drug Enforcement Administration (DEA). During my career, I have been honored to receive Letters of Commendation, the Cook County Award of Merit for Excellence in Law Enforcement and Police Officer of the year in 2015 from Schiller Park. During my career I have received extensive training in defensive tactics as well as, studying the Martial Art of Kempo in my early years.

Over the past several years, my intense passion for boxing resurfaced. I began to train recreationally at Hyper Fitness, Pugs boxing, and finally finding my home at Curran MMA in Crystal Lake and meeting my future business partner Doug Mango. I trained with Doug for several years and began to help Doug with his competitive fighters whether it be holding mitts, general fitness, or working corners. My passion and love for boxing and combat sports in general continue to grow. I am now fortunate to have this opportunity to partner up with Doug and introduce Mango Combat Sports. Our goal and mission is, to create a gym with a family atmosphere that fulfills everyone’s combat sports and fitness needs. From the seasoned veteran on our fight team to the first day novice, we will strive to treat everyone with respect and the dedication they need and deserve to not only reach, but to surpass their every goal. 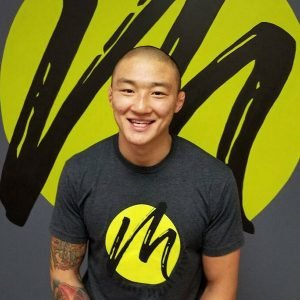 Tim Cho is currently and has been a crossfit trainer at Crosskicks Fitness since 2016. Tim grew up in Barrington, IL and his hobbies include  Acrobatic yoga, bouldering, hiking, running, and hanging out with awesome people! He currently competes as mixed martial artist (MMA) and has a current professional record of 6-3. Tim’s mixed martial artist career stems from his wrestling background in middle and high school. Wrestling taught him discipline and how to diet right. He also learned the value of hard work, perseverance, and determination. After finishing up high school Tim joined the military in 2012.  Tim is currently serving in the U.S. Army reserves as a sergeant, soon to be the drill sergeant at the 3-334th unit in Milwaukee.  In 2013 Tim began competing in Mixed Martial Arts (MMA). Tim also continued his education at Mchenry County College, obtaining his Associates degree in Applied science, specializing in Health and fitness management.  As a fighter, Tim obtained an amateur record of 5-0 in MMA and  competed in boxing at the Golden Gloves in 2014/2015. Making it to the finals in 2015. During this time in his fight career Tim continued to pursue his second passion of personal training by taking an  opportunity to shadow/ intern many amazing trainers from a small group functional training (All American training), cardio kickboxing(Title boxing club), one on one personal training(fitness 19), Crossfit (Crossfit Pally).  In 2015 Tim began his professional career in MMA and currently has a record of 6 wins 3 losses competing in events for HFC, Victory, The XFO, Pure FC, Pinnacle FC and Bellator MMA.  Tim is well versed in Boxing, Thai Boxing and Jiu-Jitsu.  Tim will not only be working as a trainer for Mango Combat Sports but will also be competing in MMA and Boxing under Team Mango banner. 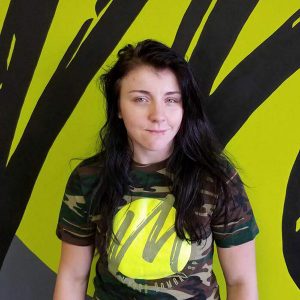 Sarah is 26 years of age, she is currently a professional boxer with an active record of 3-1-1.  Sarah has been training under the “Fight Doctor” Doug Mango for over 11 years.  Sarah had a very successful amateur career, competing and winning the Golden Gloves Amateur boxing championship in 2014.  Sarah has been working with young fighters for several years now, something she is continuing to do here at Mango Combat Sports.   Along with working with young fighters Sarah continues to pursue championships in her professional boxing career. In her down time Sarah enjoys nature, longboarding and pizza.  Sarah is a loving wife and mother of two Labrador pups. 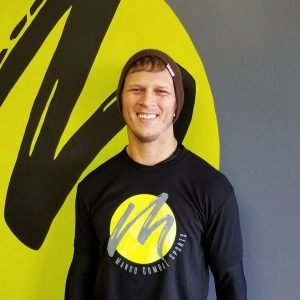 Chris will be presenting a two-hour (11am – 1pm) law enforcement based seminar focused on life saving moves if you are ever confronted with a situation of fighting for your life with an assailant on the ground. 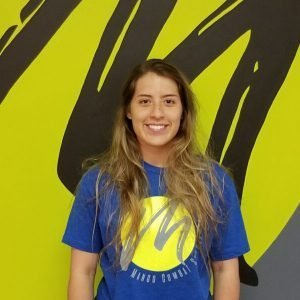 Domenica Jaramillo is currently a college student at Harper College studying Kinesiology (The study of the mechanics of body movements) and personal training. Domenica competes in both Softball and Track & Field at the collegiate level. Domenica also competes as an amateur boxer with Mango Combat Sports where she won the 2019 Chicago Golden Gloves Championship at 119lbs. Domenica has a passion for fitness and pursuit of excellence in all her endeavors. Domenica’s knowledge of fitness, body movement as well as her athletic abilities and passion for combat sports will make her an excellent addition to the Mango Combat Sports / Fitness Family.

MCS and USA Boxing proudly present MANGO COMBAT SPORTS FIGHT NIGHT. Please come enjoy a great night of amateur boxing with 9 exciting bouts and 1 very special exhibition featuring a Schiller Park Policeman vs a Firefighter. A portion of the proceeds will benefit the 100 Club for the families of fallen first responders. 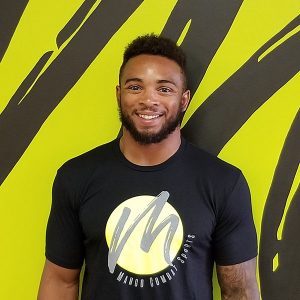